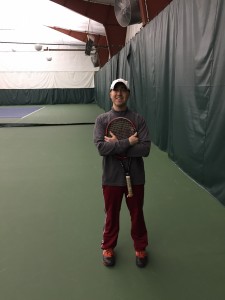 Justin DePietropaolo– Justin is the owner and founder of Just Tennis LLC.  After graduating from Downingtown High School in 2000, he went on to be president of the Penn State Tennis Club from 2002-2004 helping establish many programs and playing on the team that played in the 2004 USTA National Campus Championships.  Justin worked for USTA Middle States as a Tennis Service Rep from 2005-2008 and has worked at many clubs throughout the Philadelphia Area including Radley Run Country Club, Whitford Country Club, Healthplex Sports Club, and ACAC

Marjie Elliott– Marjie is one of our best instructors for 10 and under tennis and does a lot of our programs at Glenhardie Country Club.  She’s previously taught at the Upper Main Line YMCA and also been involved as a high school coach at Archbishop Carroll, Lansdale Catholic, Harriton, and Church Farm School.  She’s currently the Head Tennis Coach at Neumann University.  You can contact her for lessons at marjieunc@yahoo.com.

Jeff Garrett– Jeff has been active in the Philadelphia tennis area for many years as a player and a coach.  He’s taught everywhere from the Upper Main Line YMCA to Healthplex Sports Club to coaching high school at Sun Valley and Garnet Valley.  Jeff is one of our leading professionals for adults at Applecross and Glenhardie Country Clubs, and also helps a lot with the high school clinics.  If you are interested in lessons, feel free to contact him at jeff2447@yahoo.com.

Other Instructors
We have a wide variety of other instructors that help out throughout the year including our talented college and high school player staff.